Make every effort to keep the unity of the spirit through the bond of peace.

The promises of God are “sure” and “amen”, but they often require a response from us. One requirement is that we pray, asking God to fulfill what He promised. A key role for intercessors is to remind God of what He promised, and keep reminding Him until He does it! For some reason, by His great wisdom and design, God withholds doing many things until we ask it of Him. This puts much responsibility on us for seeing God’s promises fulfilled! Prayer is not just a simply luxury but an absolute necessity for seeing God’s promises and purposes fulfilled.

A second requirement for many of His promises to be fulfilled is our obedience. In Revelation 19 we see a bride that has prepared herself for Christ. This is something that she had to do (obviously with His help)! And you know what? Jesus will have a prepared bride, radiant and ready. The question is will you be a part of it? Are you praying and acting toward it?

Another example of our needing to play a part in fulfilling God’s promises is His “promised land”. This so called Promised Land had to be occupied. This required the Israelites to, by faith, conqueror the ‘giants’ that possessed it. God promised the land but they had to occupy it. Many of God’s promises require our partnership. Through what was deemed impossible for man, God made a way and led His people to take hold of what He had promised them!

That’s how God’s promises work! Knowing He is for us and nothing can stand against us, helps us tremendously as we pray and act on His promises. He wants us to “pester” Him in prayer!

Jesus said that through the unity of His church the world would know that the Father sent Him (John 17). What are you doing to make that happen? Pray for it and work towards it! It is an important priority to God. How important is it to you? The result of unity is God’s blessing and people knowing Jesus. Oh yeah, the fulfillment of the Great Commission!

In Athens, GA we are beginning to see God breaking through. I believe there is a grace over this city for unity. And now is the time to see it fulfilled, at least to a new level! Years ago the city government erected a statue called ‘The Spirit of Athens’. It’s kind of a mystical angel flying with a torch in hand. However, most people miss the significance. There is a deeper, more prophetic meaning behind it, or should I say, underneath it. At the base of this statue an inscription reads… “Ephesians 4:3 – Endeavoring to keep the unity of the spirit through the bond of peace.” And get this, this statue sits on public land in front of city hall, the very heart of the city! God’s desire and promise over this city is unity and all the blessings that come with it! But it has taken years of prayer and preparation to see what we are just beginning to see now! Athens Prayer Network exists because people have prayed and prepared the way, and are continuing to do so!

We are seeing pastors, churches and ministries not only praying together, but partnering together to reach this city!!! Students are joining together, across affiliations to pray and work together.

Last week while senior pastors were gathered to pray, most of the campus ministries leadership teams were gathered in another place praying. I arrived toward the end and I felt such a spirit of oneness and partnership. Instead of competition there was cooperation! Praying across boundaries tends to do that!

Next month, in September, as a unified campus ministries effort, most of the evangelical campus ministries will be participating in what’s been called the 21-Day Challenge (21DC). There will be 6,000 bibles passed out to new students at UGA. These students will be challenged to read one chapter in the book of John each day, asking God “if You are real reveal Yourself to me!” Local churches are surrounding this through prayer. The 21DC will wrap up with a combined ministries evangelistic event. We have been prayerfully preparing the way for this all summer. These incoming students are making decisions over the coming weeks that will determine the projectory of their lives. Many come to UGA to party, to have a good time and end up heading down a path away from God. Others will meet Jesus, get plugged into a campus ministry and a local church and God will powerfully direct the course of their lives. Please be praying that this class of incoming students would take hold of this challenge and that God would indeed reveal Himself to them. For now, pray that God would connect these students with friends who are followers of Jesus Christ.

On September 10, we are having a Pastors Prayer Summit here in Athens. Pastoral teams from many churches in our city will come together to connect and pray! God is tearing down walls that divide and is pressing us toward a spirit of unity. And the fruit of unity is God’s blessing, even life evermore. Psalm 133 says that God commands the blessing. It is our hope that out of this summit several other pastoral prayer groups will start up. We’d definitely appreciate your prayer for unity in our city!

Unity is something worth praying for and acting toward. May God do the same in your city!!!

Thanks for praying!
Steve 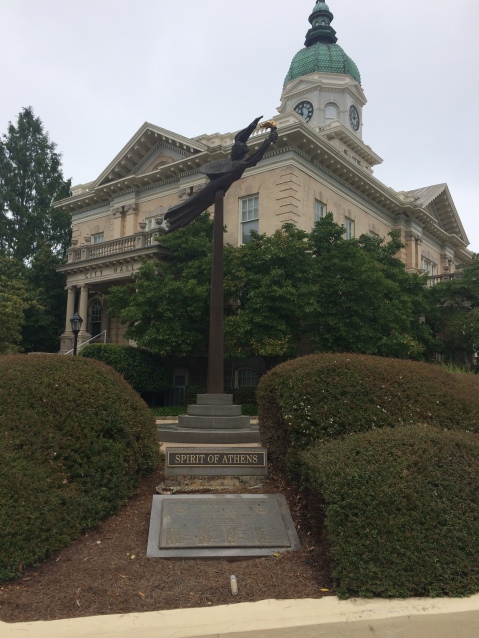 Prayer Guide for The Mix 21