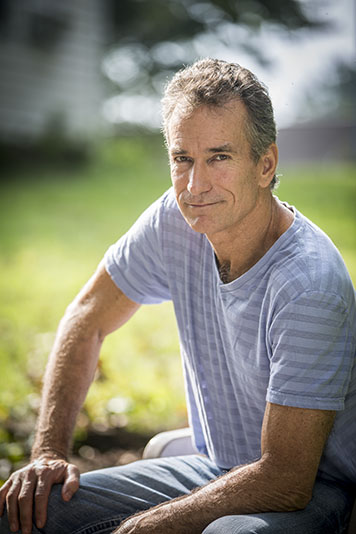 God called me (Steve) to a life of prayer quite early. But I didn’t grab hold of it until I was a student at BIOLA University in California. I had led quite a rebellious and turbulent life in my teen years before I surrendered to Christ. My mom literally prayed me into the kingdom! Soon after Christ’s graciously drawing me to Him, He called me to serve Him with all that I am. I first served as a volunteer then as an intern at the Baptist Church where He had revealed Himself to me. While finishing up my master’s degree and getting married, I was a youth pastor for nearly five years at a church in Seal Beach where God called Shellie & I to Australia as missionaries. All the while God was taking me deeper in my personal and private prayer life. It was in Australia that God called me to take my personal prayer journey to a public arena. Throughout all our years down under we gathered, trained and mobilized praying people, while pressing into our personal relationship with Jesus and increasing hunger for His word. We were in Australia for almost 19 years before returning to California to begin caring for my mother who was showing early signs of Alzheimer’s. When our extended family moved to Georgia we followed along, with my mom. As we prayerfully considered where God would have us land, He clearly led us to Athens to do what He has prepared us for. God has brought us here, right now, for such a reason, mission as this!

It is my privilege to lead and facilitate the Athens Prayer Network. Our personal calling in life is to be wholehearted, risk-taking, lovers of God and help others be the same! We see APN is doing exactly that!

Shellie & I live near the University of Georgia with one of our three boys (Jasen), our dog (Jade) and our cats (Onyx & Revi)!

The Lord has had my (Shellie) heart from the beginning. At birth the doctor told my mom that one of us will die so she should abort the baby. My mom said, “No, God will decide!” We both lived! At the age of 5 I was obsessed with Jesus, His suffering and the cross, sobbing as I replayed my Easter story record, over and over… until my mom took it away. At 7, after asking Jesus into my heart, I had a hunger for God’s Word. So many nights I got in trouble as my mom found me hiding under the covers with my little brown puppy night light reading my bible. At 15, after school at my locker with some friends, Jesus told me “this isn’t the path I have for you! Be at Foothill Baptist Church this Sunday morning!” I didn’t hear those words audibly but they were clear enough and out of obedience I was on the steps of that church on that Sunday It was in that moment I happened to meet Steve not knowing that four years later we would be married and starting a life-long, amazing journey with Jesus together

Athens Prayer Network became a 501(c)(3) in June 2018. We have an amazing Board who helps expand APN into the future. All Gifts to APN are tax-deductible.